so they blend with the view.

so they blend in too.

But my new pyjamas —

bought in the Bahamas —

are purple, orange and blue!

There’s hope Europa has a sea

where living things could really be

because this moon of Jupiter

has lots of solid ice water.

The pictures of Europa show

a crusty surface white as snow

with many lines and ridges mixed

that energy and friction heats

and melts some water underneath.

We think this frozen water layer

could make a sea that’s hiding there.

So just below that crusty shell

Or what if it turns out to hold

some animals both weird and bold

True aliens to you and me!

Reproduced with permission of CSIRO

Discovering life exists in places beyond Earth – like Jupiter’s icy moon Europa – could be a reality in our lifetime.  Thinking about it makes my imagination run wild!  What will these creatures be like?

As far as poetry goes this topic stimulates the creative imagination of us all. Ask students to brain storm possibilities and then come up with a list of describing words that could be used to match their ideas. An acrostic could be an easy form of poetry to start with on this topic and then move on to other ways of presenting ideas in poetry. Have Fun.

My father had a bullock,

I don’t know where he found it,

The council man came by one day,

And said he must impound it.

Now Dad said that it can’t be done,

Because he’d asked a few,

Of his friends and relatives

The bull heard this, and with a roar,

He headed for the hills,

He had no plans for barbecues,

And salad for the frills.

So dad and all the family,

And some of his good friends,

Had barbecue of vegetables,

And other odds and ends. 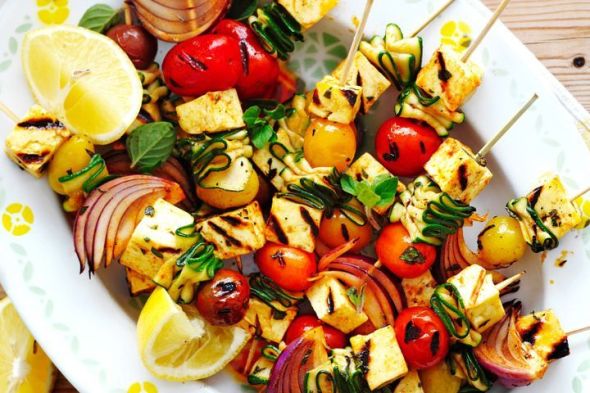 and the children froze

absorbing sounds; standing up on their toes.

‘Ribbit!’ The sound of a deep voiced frog.

‘What’s that?’ asked a child, hiding under a log.

‘Get lost’ said the girl in the wooded glen.

and the frog cleared his throat.

And a boar joined in- bold and brave. 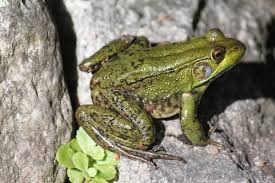 How can you stand to live down there

With your one cylindrical digestive tract

To make your body first short then long

And those bristles help propel you along

Through leaf litter, topsoil or deeper down

You help to mix up the stuff in the ground

This makes you the base of many a food chain

Yet your many skills are the environment’s gain

Your talent with organic matter is biological

And mixing tall the nutrients is a flair so chemical

Then there’s your physical ability of aerating

For how you improve the quality of our food!

“Worms both disgust and fascinate me! I remember my brother holding a worm in his hands as a toddler and exclaiming; ‘One worm two worms!’ as he pulled it part😱. After that I had nightmares about worms for years until one of my pupils brought a worm farm into the class and taught us all about he important work of the humble earthworm… a teacher can always learn from their students!

One night a monster most grotesque

Crawled out from underneath my desk!

I closed my book and took a look

And felt that my whole body shook!

It had a head with horrid horns

That looked as sharp as roses’ thorns;

Which drooped right down to touch its toes!

With eyes the size of fruit mince pies

It gazed at me in mute surprise

And then as it began to think,

I saw those eyes were turning pink,

While when its mouth was open wide,

The teeth were huge I saw inside!

I cringed in fear, but then it spoke!

It rasped: ‘So sorry I’m so badly smelling:

I’ve come to help you with your spelling!’

But even as the monster spoke,

I’ve never been in a limousine,

But I’ve sat on the back of a horse.

I’ve pedalled a trike and a two-wheeled bike,

with a bicycle bell, of course.

I’ve travelled by train there and back again

and sometimes transferred to a tram.

I’ve stood on a bus, such a terrible fuss,

In a terrible traffic jam.

I’ve soared in a plane on a visit to Spain,

Where I paddled a river canoe.

I’ve sailed in a boat and I’ve sat on a float,

And I’ve been in a car or two.

But there is a new word that I recently heard,

And it has me almighty amused.

I’m not one to brag or to wave my own flag,

And I’m not in the least particular,

But I’ve heard of this train so will someone explain,

What this thing is they call a funicular?

Once Upon a Time    by J.R.Poulter

Once upon a long ago

In the distant mists of time

There was a prince who had to make

A poesy all in rhyme.

He had to weave a wondrous tale

For his intended bride,

That swept the legends of the land

The myths from far and wide

Into one vast saga,

A tome to end all tomes!

He set out to collect the tales,

It took him far from home.

The prince crossed many deserts,

He climbed  too many hills,

He walked through sun and snow and sleet.

He suffered many ills!

At last, he had his great big book!

At last, he’d wed his bride!

But as he neared the castle,

He heard a mournful sigh…

What stood there was a ruin,

Of all the pomp and pageantry,

Nothing was left at all…

Amidst a drape of spider webs

Within the central court,

He found a tomb whose statuary

Had been most marvelous wrought.

There was his bride, robed as a queen,

Her king was by her side.

A scroll lay open on her lap

As turned to stone.

A crack, a scream,

He was no more.

The Tome of Tales

Lay on the floor.

The wind tore at the pages,

Tossing them far away.

All that was left, the marble tomb

And what it had to say,

“Once Upon a Time” is a narrative verse fantasy in loosely rhyming quatrains.

The story is framed around the idea of a ‘trial of love’ whereby a suitor is set a difficult task, which he has to perform in order to win the lady he loves.

Difficult to impossible tasks are seen in other fairy tales. Rumplestiltskin and Cinderella are examples.  Greek legends also contain this sort of plot device  as with the trials of Hercules and the legend of Perseus and Medusa.

Activity: Write a story or draw a wall frieze in sections  about a hero who is set an impossible task  and how he achieves it.

Discussion: It is said a challenge is good for you, it develops your thinking processes and your problem solving skills. True or false? Give reasons.

Activity: List examples of  ‘challenges’ you meet in everyday life. 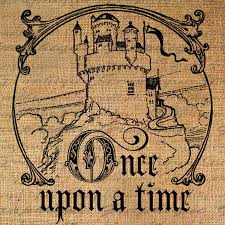 I was eating supper very late,

And chanced to look upon my plate,

A little black ant standing there,

I said to him “now listen mate,

I want you quickly off my plate”.

To ants one should not be so bold,

He’s brought back friends a hundred-fold. 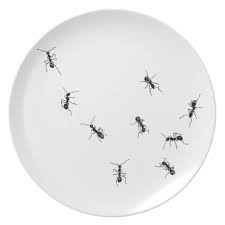