Here is a great idea courtesy of James Aitchison.

Begin with a short description about a species of word and follow that with a poem. An example is posted below.

The peewee is also known as the magpie-lark, peewit and mudlark.  It is native to Australia, Timor and Southern New Guinea.  Its black and white plumage was first described in 1801.  The peewee is the gardener’s friend because it eats pesty insects and their larvae.

A peewee in a tree

Listening to his arteries harden.

He spied a bird on a treetop

And what the bird said brought Jack to a stop:

Send in poems this week to 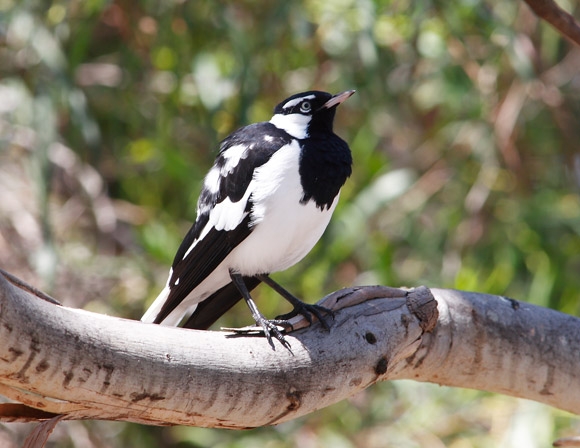