Alys Jackson is a writer and poet for children and adults. She began work as a teacher of EFL and has taught English in China, Japan, Kuwait, Italy and Australia. Her poetry and short stories have appeared in anthologies, magazines and online journals in both Australia and the USA. In 2017, she received the Poetry Award at the Henry Lawson Festival of Arts and the Harold Goodwin Short Story Award. She is passionate about books and organic gardening and spends far too much time tending her vegetables – or so she’s been told. 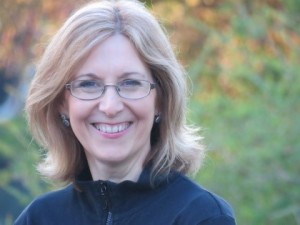 In 2017, she became an accredited learning destination for the Children’s University, Australia, a not-for-profit organisation that provides educational activities for children between the ages of 7 and 14. Alys is happy to visit schools and libraries and to hold poetry workshops.

Alys loves to share her work and posts free stories and poems on her website http://alysjackson.com/  She also writes a regular blog for new and aspiring writers.

Her email address is alys@alysjackson.com

My mother bought a Persian blue;

a cat of regal bearing,

who got her foot caught in our flue.

To take poor pussy to the vet,

I have a little case,

but she’s a shrewd and clear-eyed pet

who led me on a chase!

I bump my head.

she stole a drink.

Oh, by the way the poor cat’s fine.

Her foot was no disaster!

I cannot say the same for mine,

which is encased in plaster!

My sister out from England

Now, all your Aussie creatures,

They either sting or bite.”

for if you’re stung or bitten,

it will tell you what to do.”

Centipedes and sharks and snakes,

I could read this book all day!”

as on the beach you roam!”

I shouted to her shadow

as she caught the next plane home.