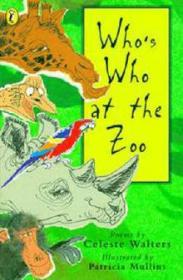 Celeste Walters was a lecturer in Language and Literature at Deakin University.   Currently she divides her time between Melbourne and country NSW where she writes, cares for newborns, and entertains groups at U3A.  A selection of her books have won awards and been prescribed texts in schools. Her latest, A Certain Music has been deemed a Vintage Classic by Random House UK.

Who’s Who at the Zoo (Penguin Books) and Gnome Sweet Gnome (Hill of Content) are books of poem with pictures. Celeste’s picture books, Only a Donkey and Puppy Playtime conform to a rhythmic pattern and, in the latter, a rhyming structure. Two poems from Who’s Who at the Zoo were included in The Puffin Treasury of Australian Children’s Stories.  At present Celeste is writing a book of verses for Hardiegrant. 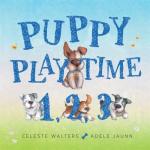 Day in day out stands Alexander
upon a rickety verandah
appropriare never for the home
of an aged garden gnome.

To make it worse he cannot move
he’s stuck forever in a groove
for he is there to imitate
an aspidistra on the plate.

And no one cares and no one knows
that splinters stick into his toes.
(From Gnome sweet Gnome)

(From Who’s Who at the Zoo)

It would be
a lot of fuss
to bath a hippopotamus
locate
his mouth
and stand beneath
and brush
those giant tusk-like teeth
so
even though
he may be shirty
I think that
I
will leave him dirty.

(from Who’s Who at the Zoo)
© Celeste Walters

One thought on “Celeste Walters”