It seems to me that I have taken an awfully long time to find my true voice.  Now, writing ‘Nonsense Poems’ I am thoroughly enjoying myself.   This year I have also re-discovered classical poetry and am writing sonnets and other rhyme and metre forms.  I had never thought of children’s poetry although I’ve written short stories for children.  I am just loving writing the poems and I’m finding that they leave my head in a space far away from its physical surroundings.  It makes me wish I were a child again. It’s pure therapy.

A DAY AT THE ZOO

It was the cat who said, as she climbed out of bed

Is today the day we go to the Zoo?

Prince was teaching the rabbit, the one who’s blue,

To sit on my head, and be one of the crew

The day was cold, the duck said ah-choo

It’s freezing out there, I’m not going with you.

Duck, you know I’m the Prince, just look at my crown

Pure rabbit it is, it’s soft as down

I tuck Bunny around till his ears fall right down

They snuggle my own and steady my crown.

You’re just a duck, but I am the Prince

Won’t you do what I say without that wince?

The duck wrapped his scarf four times round his beak

And grumbling went off to change the week.

Then we’re off to the Zoo to see Reginald Roo

Prudence the penguin started to flush

For on the Prince, she’d once had a crush

Come on, move quickly, you guys at the front

But Bruno the Bear was away that day

He’d gone to the Bank to collect his pay.

You pay that Bear to sit around here?

Chewing his bamboo, making us stare?

The Zooman nodded and showed us the path

To the Elephant park – they were taking their bath.

The cat saw pictures of lions on a sign

Saying I’m off to see some family of mine.

Prudence was sad she’d not seen her hero

The Zooman complained that the temp. was zero.

There was only one elephant out in the park

The bathroom was hidden away in the dark.

Bunny was tiring of being the crown

And he started wishing that he could get down.

Nothing was going the way he was wishing

So the Prince took a pelican off to go fishing

Everyone grumped about one thing or t’other

And Duck was quacking about his red brother

His mother was green, his sister was blue

How that had happened nobody knew.

So the Day at the Zoo turned into a flop

With everyone grizzling, way over the top

It’s not that bad, elephant blew on his trumpet

Two kids remembered to bring me a crumpet

The cat complained that the trip was a mess

And set of for home to change her dress. 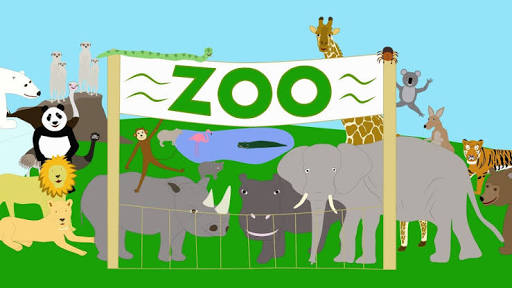 6 thoughts on “Spotlight on Jan Darling”