Gordon Winch’s first book of his ‘witty and whimsical verse for children’, Popcorn and Porcupines, illustrated by Katrina Van Gendt, was published by Hodder and Stoughton in 1984. His latest, Rhinos, Toucans and Woolly Dogs, illustrated by Dee Texidor was published by New Frontier Publishing in 2003. His verse has appeared in numerous publications, both here and overseas.

Gordon has written widely in various genres. His picture books have stood the test of time. Samantha Seagull’s Sandals, first published in 1985, has never been out of print and his academic texts have shown similar longevity. Literacy: Reading and Children’s Literature, written by Gordon Winch, Marcelle Holliday, Lesley Ljungdahl and Rosemary Ross-Johnston, first published by Oxford University Press in 2001, is now in press for its fifth edition.

Gordon continues to write and be published. His latest picture story book, Apollo the Powerful Owl, published by New Frontier Publishing in 2012 in hardback is now being published in softback. The illustrator, Stephen Pym, was short listed for the Crichton Award for the best first time illustrator.

Gordon Winch’s website is gordonwinch.com.au and his email address is gdwinch@bigpond.net.au 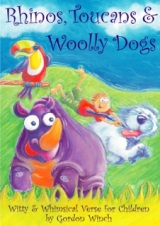 One thought on “Gordon Winch”