I’d better get a move on;

I’d better get my skates on;

I’d better get a roll on;

But it’s not the one I know.

I’d better pull the reins in

With three more sleeps to go.

Just one more sleep to go.

And today I’ll live that story;

A Christmas of my own.

C them there on windows,

C them there in stores,

C them up all over,

C them now because…

C is for Christmas cards!

Cards that wish you well.

Cards with trees and snow,

Cards that gleam and glow.

Leaping through the sky,

Up there on the mantel —

Christmas Day is nigh!

Why can’t all that goodwill

Last the whole year through?

who saw the possibilities

A team of twenty waited at the back

when it had been run over

hauled to the front

to be run over yet again

If only the stone could stay still

on the logs while they kept rolling

But a slice of log sawn from one end

would roll the same way

With a hole in the middle

On her model it worked perfectly

Life on earth would never be the same.

The Israelites or Jews were kept slaves by the Egyptians, so I’m imagining it was the same time as they built the pyramids – that’s why I called the slave Hannah, originally a Jewish name.

In fact it wasn’t the same time – the pyramids were built about 300 years before the Israelite’s turned up. But it makes a more interesting story. A very very old story.

I couldn’t think of any way to describe the axle apart from our word, but it’s a concept they wouldn’t have had. I’d like to hear if anyone can think of how the rod holding the two wheels together and on the ground, could be described otherwise.

The Jews escaped from Egypt with the help of Moses, who persuaded the king, Pharaoh, to let them go with the help of ten plagues. It is all there told in the Bible in the book Exodus, and is celebrated each year by the Jewish community as Passover.

Humanities: Research the logistics of the building of the Pyramids

Learn about Jewish history and culture

Music:          “Let my people go” This includes images that will help in learning about

Birds of a Feather

But then, in the sky, is a murder of crows
And a prickle of pussycats hide in the rose

Once a waddling goose and gander

On a search for something grander

Left their farmyard to meander

Now the goose was named Cassandra

And the gander, Alexander,

With a new home by the water

They had found the farmyard boring

With the crows’ incessant cawing

And the sleepy dogs all snoring

While the river looked appealing

And it gave the pair a feeling

In their new home by the water

But the farmer had been boasting

Of the geese he planned on roasting

At a dinner he was hosting

So he searched in haste to catch them

And he speedily despatched them.

Thus the dreamers by the river

I could be quite mistaken

but I’m feeling pretty sure

you’ve never come across before.

with a funny kind of sound,

you have never seen around.

They’re not a type of candy

or variety of fish.

in some oriental dish.

They don’t have beaks or feathers

and they’re not a breed of dog.

and a pobblebonk’s a frog.

This week’s prompt is “Chickens”

Looking forward to your contributions.

This week’s quote to ponder on:

“With me poetry has not been a purpose, but a passion” 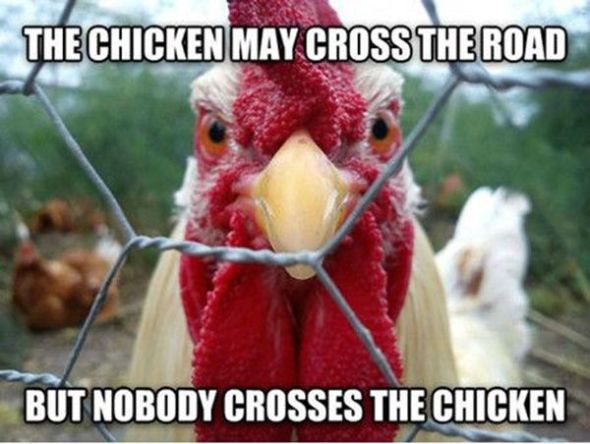 Astronauts in a muddle

Double helpings of trouble were spooned

As they dropped their space daks

and confused passing spaceships they mooned

Cats are sly and selfish,

Creeping through the night.

They don’t love their owners,

They just spit and fight.

Trust me when I tell you,

Thanks to John Williams for this submission.